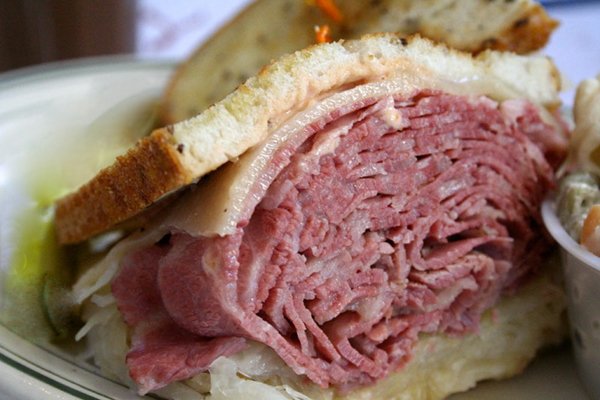 Be honest, this is what you came here for, who comes to a deli for a salad?

Hands down, our number one best selling sandwich deserves top billing. The best reuben in town!

Hot pastrami and turkey breast, with cole slaw and Russian dressing on rye.

Hot Lean pastrami with coleslaw and Russian dressing, served hot on a roll.

Hot pastrami and brisket topped with Boss sauce and cole slaw, served on a roll.

Pretty much a grilled smoked turkey reuben without the cheese. Still has the kraut and the Russian dressing!

Fried haddock with tartar sauce on a roll, served with a side of cole slaw.

Alaskan salmon burger served on a roll with lettuce, tomato, and onion.

Grilled ham and melted American cheese on white bread. It's got "trafe" written all over it!